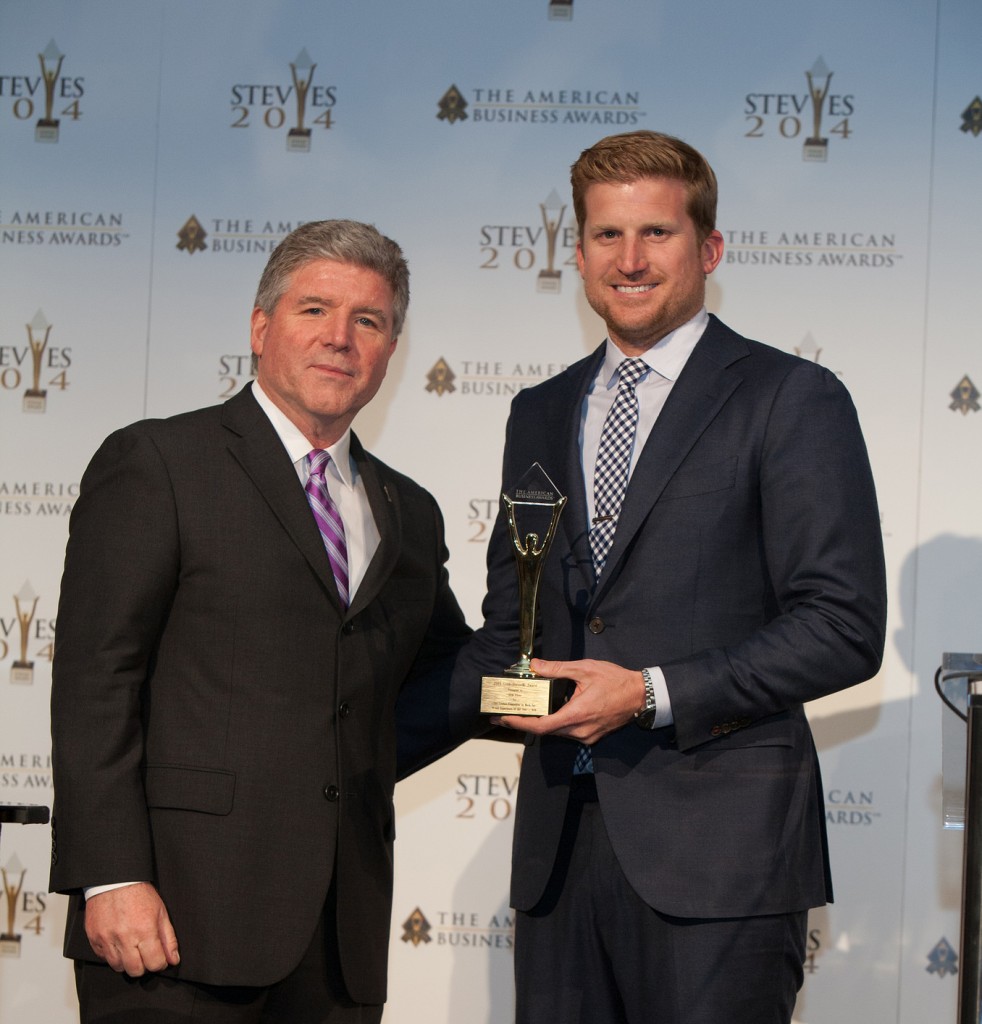 97th Floor was presented with a Gold Stevie® Award for Marketing or Advertising Agency of the Year in the 12th Annual American Business Awards in Chicago on June 13th. They also received Silver Stevie® Awards in the Viral Marketing Campaign of the Year category and Brand Experience of the Year -- Business-to-Business category.

The American Business Awards are the nation’s premier business awards program. All organizations operating in the U.S.A. are eligible to submit nominations – public and private, for-profit and non-profit, large and small.

Nicknamed the Stevies for the Greek word for “crowned,” the trophies were presented to winners during a gala banquet on Friday, June 13 at the Fairmont Chicago Millennium Park Hotel.  More than 400 nominees and their guests attended.  The presentations will be broadcast by the BizTalk Radio Network this week on Tuesday and Friday nights.

The 2014 American Business Awards will be presented at two awards events: Friday’s banquet in Chicago, and at the new products & tech awards event on Friday, September 12 in San Francisco.

97th Floor is a finalist at the new products & tech awards for Best Home/Welcome Page.

More than 3,300 nominations from organizations of all sizes and in virtually every industry were submitted this year for consideration in a wide range of categories, including Most Innovative Company of the Year, Management Team of the Year, Best New Product or Service of the Year, Corporate Social Responsibility Program of the Year, and Executive of the Year, among others.

Stevie Award winners were selected by more than 240 executives worldwide who participated in the judging process this year.

“It’s an honor for us to recognize and celebrate such an outstanding class of organizations and individuals,” said Michael Gallagher, president and founder of the Stevie Awards.  “The judges were especially discerning this year.  All of this year’s Gold, Silver and Bronze Stevie winners should be proud that the judges recognized their achievements and their ability to express those achievements in a way that captured the judges’ hearts and imaginations.”

Details about The American Business Awards and the lists of Stevie winners who were announced on June 13 are available at www.StevieAwards.com/ABA.

Found below is the video of Chris Bennett accepting the Gold Stevie Award for Agency of the Year.