Title Wave: Article Title Naming Tips that Will Leave You Swimming in Options

The greatest article title ever written is one whose source is actually difficult to pin down. Some claim that it appeared in the New York Times while others argue that it came from Sports Illustrated magazine (and still others claim that the original source was a photo caption rather than a title). I guess what I’m trying to say is that I would link to the original source if I could. I can’t, so feel free to attribute it to me if you’d like.

Whatever the case, legend has it that the article was about the individuals responsible for operating the stopwatches at official track and field events. This was the title:

“These Are the Souls that Time Men’s Tries.”

I’m going to give you a moment to savor the absolute poetry of that title. Got it? OK. Now let’s ruin it with some analysis.

Most obviously, the title is a satire of the well-known opening line of Thomas Paine’s first American Crisis pamphlet (published from 1776 to 1783), which reads “These are the times that try men’s souls.” The title takes something familiar and then alters it unexpectedly (which, according to the incongruity theory of humor is an essential factor in finding something “funny”). The familiarity aspect offers another advantage; it makes the title memorable. Go ahead and do an internet search for it. Even if no one can agree on where it came from, they all remember the title itself, word for word.

There’s also a certain rhythm to the title. Taking away the words but keeping the emphasis, the title becomes something like “BUH buh BUH buh BUH buh BUH.” Also, there’s a sort of alternating S/T alliteration thing happening in the latter half (...Souls that Time Men’s Tries), while the first half relies heavily on “th” words (These Are the Souls that…), with the two schemes overlapping briefly in the middle. The end result is that the title sounds good, even if you don’t get the “joke.”

I guess the point I’m trying to make is that there’s more to creating a good title than just telling the reader what your article is about. In fact, that’s only the beginning.

Yes, your article title needs to inform your readers of what they can expect from your article. And no, the “Time Men’s Tries” title does not really do that (at least not in any obvious way). But you need to understand that magazine and newspaper articles play by different rules than web content. When people find your article online, there’s a good chance that their first glimpse is coming through a search engine. That means that you don’t have the advantage of graphical elements to help fill them in. Also, unlike with magazines and newspapers, readers aren’t going to be thumbing through every search result on the page. Internet content needs to capture readers quickly, and that means the titles need to be explanatory.

Unfortunately, many writers go for informative and leave it at that.

Is there any doubt in your mind what you’ll be getting with these articles? No, probably not. And if you’re specifically looking for a little corduroy training in 2018, then yeah, you’ll probably be clicking on that link straight away. But what if you’ve got 3 million other 2018 corduroy-trend articles showing up in your search results? What are the chances that you’ll notice and investigate that specific article when there are 2,999,999 other options that all look exactly the same?

A descriptive article title is always better than a non-descriptive one (no one wants to play website roulette when they’re looking for information), but descriptiveness is just the start. Your title should also serve a secondary function of not boring people to death.

What I’m saying is that titles need to be fun almost as much as they need to be informative. But don’t get too excited just yet, because it’s a bit more complex than that. Sometimes article titles have their own definition of fun, and you’ll need to understand what that definition entails if you want to capture a reader’s interest.

So grab the disinfectant, because it’s time to talk about puns.

Jack of All Trades; Master of Pun

Before we get into this, I need to be perfectly clear on one point: Puns aren’t funny. No one has ever genuinely laughed at a pun; at best, a pun receives a courtesy chuckle or one of those good-natured groan / eye-roll combos. I’m not exaggerating; puns are the worst, and the people who frequently use them are all sociopaths. Science supports this claim.

Like I said, titles follow a different code. I can’t fully explain it, but a punny title can actually, on occasion, make readers laugh out loud (and I mean that in the actual sense, not in the text-based “I acknowledge your attempt at humor” LOL sense).

Maybe it’s because we’ve all spent so much time sifting through dull, purely informative titles that a little light-hearted wordplay feels like an unexpected breath of fresh air. Does that make it funny? Well, again, the incongruity theory of humor would suggest that it might, but there’s just something more to it.

Whatever the case, a good pun in your title — one that makes sense in context, is accessible, and that doesn’t obscure any necessary information — will not only help your content stand out from the crowd, but it will also put readers in a more open mindset as they prepare to see what you’ve got to say.

But if you’re a halfway decent person, you probably don’t have an encyclopedic knowledge of puns to draw from. Well, don’t worry. The internet has got you covered.

Let’s say you’re writing an article about Barbecuing. Start by finding some associated words that are central to your theme — meat, grill, heat, fire, etc. Next, click over to https://idioms.thefreedictionary.com and start plugging those terms into the on-page search box. You’ll get a fairly comprehensive list of English idioms that include those BBQ-related terms.

And idioms are title paydirt.

Just using those four words (meat, grill, heat, and fire), we can come up with a number of different title options. Behold:

You may notice that we’ve included enough information to properly explain what the article is about, we just dressed it up with a bit of idiomagic. You may also notice that one of our words didn’t make it into any of our titles. That’s because there aren’t very many idioms that incorporate the word “grill.” But we’re loose canons. We’re nonconformists. We don’t color within the lines. And when it comes to titles, we know that when a word doesn't fit, you find someplace that it will.

“Grill” may not have many idioms attached to it, but it’s got more than its share of rhymes. See for yourself; go to https://www.rhymezone.com/ and do a search. Now you’ve got a whole new toybox of terms to play with. The results?

And it doesn’t have to be a perfect rhyme, either. It’s your title, so you get to make the rules. Play with slant rhymes (“Grill Power”). Reference well-known song, book, or movie titles (“In the Grill of the Night”). Dip into internet culture (“Netflix and Grill”). This is just scratching the surface. The important thing here is that your reader recognizes that you’re being clever with your title, as long as you’re still giving them something concrete to let them know what to expect in the content itself.

Ok. That’s enough with puns and rhyming. Let’s talk about something a little more pure — sound.

When it comes to communication, we’re a very audio-oriented species. We learn to talk by hearing spoken words, and once we get around to learning how to read, most of us still “hear” the language in our heads — even when there's nothing audible about the words on the page.

Sound is important, and strangely enough, the “sound” of a written title can catch a reader’s ears as surely as any jingle. This is where rhythm, cadence, and phonetics come into play.

Now look, I’m no acoustician (look it up; I had to), so I’m not going to get too in depth into what makes something sound good. Chances are if you read your title aloud and it sounds nice to you, then it will also sound nice to your readers. But if you want a little bit of help, there are certain stylistic devices that you might consider employing.

Alliteration (the repetition of initial sounds in neighboring words) is probably the most well-known stylistic device used in titles, but it’s not the only one. Assonance (the repetition of vowel sounds to create internal rhyming) and chiasmus (inverted parallelism in word order) are both worth researching and playing with when trying to create something pleasing to the ear. But unless you hold an advanced degree in acousticiology (the real term is acoustics, but that didn’t sound science-y enough for me), your best bet is to just be aware that your title has a sound to it, and that your reader is going to be aware of it too — consciously or otherwise.

For an exercise, consider spending some time on the web reading article titles outloud. The ones that sound the best to your ears are probably worth closer examination, and if you can figure out why they sound better, you can emulate them.

Now that we’ve covered the do’s, we should probably go over a few of my own personal do not’s. So buckle up (looking at you Buzzfeed), because this road may get a little bumpy.

“The New Transformers Movie Will Obliterate Your Childhood!”

“This Recipe Is So Good It Should Be Illegal!”

“We Just Saw These Twitter Feeds and We Can’t Even!”

Look, I’m sorry for just sort of dropping those on you like that. If you don’t want to be friends with me any more, I’ll understand. But the point I’m trying to make is that there’s such thing as going too far.

Some writers really need to relax when it comes to titles. If you want to be conversational, that’s fine. But you should recognize that there’s a difference between being conversational and miserably parroting tweenager social-media speak. If you want to be enthusiastic, that’s fine too. Just know that if you end all of your titles with exclamation marks you’re going to come out of it looking like a Facebook shut-in instead of a reliable information source. And if you want to be vague or misleading, then that’s also fine. Just know that you’re a terrible person and it’s also not actually fine at all.

The world has enough clickbait. If you want to give your content a chance to shine, you need a title that speaks to readers in a way that doesn’t make their skin crawl.

But, that’s just my opinion.

Your title is your first, and sometimes only, chance to make a good impression on your reader. Do you want to show them that your content is a fun, clever, reliable source of information? Then you’ll need something that demonstrates all those points at a glance.

Telling your reader what your content is about is vital, but it’s only the beginning. Craft something interesting, shy away from sensationalism, and don’t be afraid to get clever. Give these tips a try, and you’ll be riding a veritable “title wave” of content naming options.

Yeah, that was another pun. I’m so, so sorry. 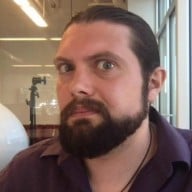