What the Zambian Government Can Teach Us About KPIs 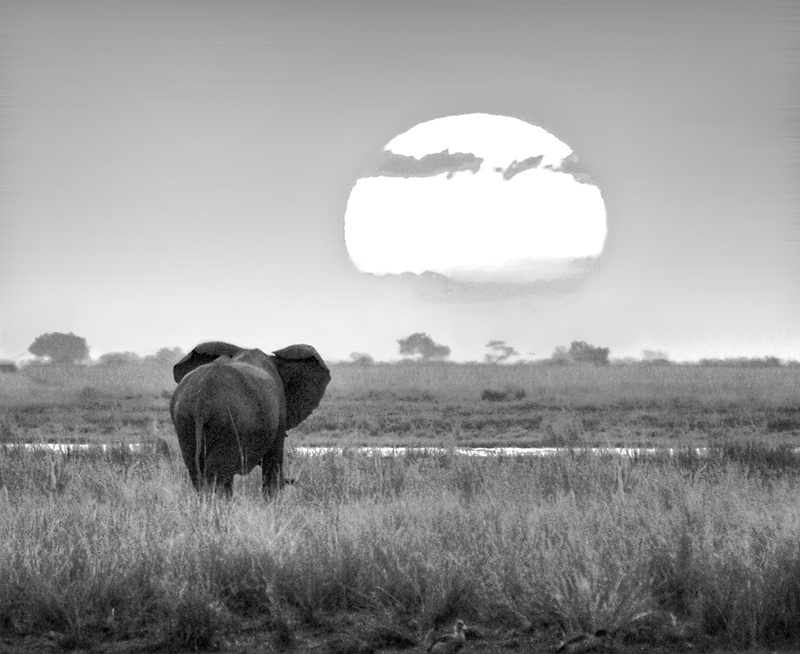 In the 1950s, the young biologist Allan Savory was working to set up natural parks in Zambia, Africa. National parks teeming with wildlife are much more appealing than parks devoid of animals; therefore, Savory’s first plan of action was to move the indigenous hunters from the land in order to boost the wildlife population.

Unfortunately, shortly after Savory removed the hunters, the terrain began to deteriorate and enter a period of desertification. Essentially, the land was growing barren and becoming unable to support the growing herds of grazing animals.

As things began to get worse, Savory turned to the data. He discovered that the desertification problem stemmed mainly from the large number of elephants growing unchecked. According to Savory’s findings, the only way out was the extermination of thousands of elephants.

Convincing the Central African politicians to slaughter herds of elephants was no small task. The Zambian government called in a small task force to check and re-check Savory’s numbers. Finally, the team concluded that Savory was correct and his calculations sound. Shortly thereafter, Savory (aided by the Zambian government) began shooting thousands of elephants,  measuring their success based on how many elephants they killed. After all, the research PROVED that with fewer elephants, the land would return to normal. Fueled by the self-established metric of elephant population, Savory and his team killed over 40,000 elephants in an attempt to save the land. In the end, the land degradation intensified, and Savory had to live with what he still calls the “saddest and the greatest blunder of [his] life.”

How to Keep Your Site from Becoming a Barren Desert

When setting out to tackle a new problem in sales, marketing, or any area of life, it’s important that all parties involved take the time to set relevant and healthy KPIs, or key performance indicators. Whether the KPIs are tracked internally between an employee and his or her manager, or externally between client and agency, the responsibility to set KPIs falls on the shoulders of both parties.

The Duties of the Agency in Setting Proper KPIs

If you are the marketer whose performance is being measured, a surprisingly large amount of the KPI creation falls to you. Clients and managers may approach agencies and employees with incredibly bad KPIs in mind. KPIs like “increase rankings” or “get more followers” are bound to leave your site barren and without a single metaphorical elephant in sight. A poor agency will simply accept whatever KPIs are needed to make the client happy in order to collect the monthly retainer until the client realizes the mistake or the site is hit by an algorithm update. It takes a sure-footed and self-confidant agency to push back against unclear, unhealthy or unproductive KPIs in order to protect their clients in ways the clients themselves might not understand.

2. Focus on KPIs with a Long-Term Mindset

Savory unintentionally pushed the Zambian government to accept KPIs that were ultimately quite unhealthy to both the nature preserve and the elephants themselves. Often, we pursue KPIs very similar. Using keyword rankings as a sole KPI has helped to pollute the internet with exact match anchor text, spammy guest posts and outreach e-mails, and sites devoid of any real content meant for readers rather than a bot. Unfortunately, it's the pursuit of unhealthy KPIs that has left many sites penalized, undiscoverable, and as desolate as the Zambian national parks.

3. Help the Client Set KPIs That Are Directly Tied to Profit

The problem with relying on KPIs that aren't directly tied to income (KPIs like conversion rate, conversions, sales) is that a determined marketer will pull out all the stops to complete goals agreed upon by the client. Unfortunately, when that drive is targeted at KPIs that aren’t directly tied to profit, success can often come at the expense of more profitable strategies.

What good will extra traffic do you if it isn’t qualified?

What good will increased rankings do if you target irrelevant or unused keywords?

What good will more links do if your site ultimately gets penalized?

Responsibilities of the Client to Establish and Measure Correct KPIs

1. Ensure the KPIs Being Set by Your Marketer Are Healthy

It’s important to really understand the underpinnings for how the KPIs suggested by the marketer work. Don’t accept them blindly. Taking care to understand why the marketer wants to focus on a certain KPI could mean the difference between success and failure.

Clients and managers often establish ROI as the primary metric, which is a great metric to ensure your site doesn’t end up as a barren wasteland. However, in some situations, ROI may not be the best KPI because of how difficult it is to track without setting up a CRM system, first touch attribution, call tracking, and other sales tracking software.

Often, with a good understanding of the vertical, clients can help set more relevant KPIs specific to that industry. Perhaps E-Mail signups have the biggest impact on sales in one industry while free trial signups are the money metric in another. The point is to ensure you use KPIs that have a clear and direct relationship with profits and won’t encourage your marketer to do anything that might harm the long-term reputation of the site.

Where to Start with KPI Creation

Objectives and goals change from industry to industry, site to site. For that reason it's difficult to say definitively which KPIs are healthy and which are unhealthy across the board. Typically, the point is to focus on KPIs tied to the bottom line and steer clear of KPIs which could be improved with little or no effect on return.

While certain KPIs may be unhealthy on their own, using a combination of healthy KPI's combined with something like keyword rankings would be a great way of keeping marketing tactics productive.

This is where vertical expertise comes into play. If email signups and scheduled demos are important funnel movements within your industry, they would make great KPIs.

As long as the user completion goals set up within analytics can be tied to an increase in conversions, goal completions may be a healthy KPI. Consistent goal tweaking is recommended  as the understanding of user behaviors increase.

How many leads did the latest infographic bring in directly or indirectly? How are your efforts in social media contributing to overall sales.

Conversion rate and purchase volume can help to show the effectiveness of marketing efforts, relevance of targeted keywords, and the marketer's effect on the bottom line.

2. KPIs to Stay Away From

With less and less keyword data coming from Google, this metric becomes less and less valuable as a measure of performance. Watching and reporting on keyword rankings (or any of these metrics) isn't bad; focusing on these metrics as the ultimate KPI is. If the ultimate goal is to increase rankings, there are a number of ways to complete that goal that are both healthy and unhealthy for the long-term performance of the site.

As I mentioned earlier, total traffic can be a great KPI for a handful of industries. However, in most industries, total traffic isn't the best KPI to focus on as numbers can unintentionally be inflated with unqualified and irrelevant traffic.

Again, unless liking or following a page is a proven and important part of the marketing funnel, this KPI might cause digital marketers to spend time and resources in less effective pursuits. It's easy to gain followers through giveaways or other promotions, but the value of those followers is debatable for many industries.

It's been mentioned time and time again, but quantity of links is becoming less important regarding its effect on the bottom line. While it's still a good idea to keep track of links built, purely focusing on the number of links generated is a quick way to the front of the penalty line.

3. KPIs That May or May Not Be Helpful

ROI can be a great KPI provided companies have proper sales tracking systems in place. Otherwise, it can be difficult to track 100% of the revenue generated by a marketing campaign. (Read a couple opposing viewpoints here and here)

Organic traffic is a very common KPI though it has its faults. It's easy to increase organic traffic by targeting high-volume keywords which may or may not be completely relevant. On the other hand, it's possible for organic traffic to go down while purchase volume, conversion rate and revenue go up due to an increased focus on more effective keywords. If keywords are consistently reviewed and reevaluated, organic traffic can be a good indication of success.

Don't Waste Time Having to Clean up Past Mistakes

Allan Savory’s tragic pursuit of an ineffective KPI has caused him to spend the rest of his life trying to correct his ways through the development and distribution of a different, and surprisingly controversial, theory. When looking for success in digital marketing, let’s not make the mistake of pursuing unhealthy KPIs only to end up spending much more time cleaning up our mistakes.

If you can think of any KPIs that belong on the "healthy" list or perhaps disagree with my designation of "unhealthy" KPIs, let me know in the comments.