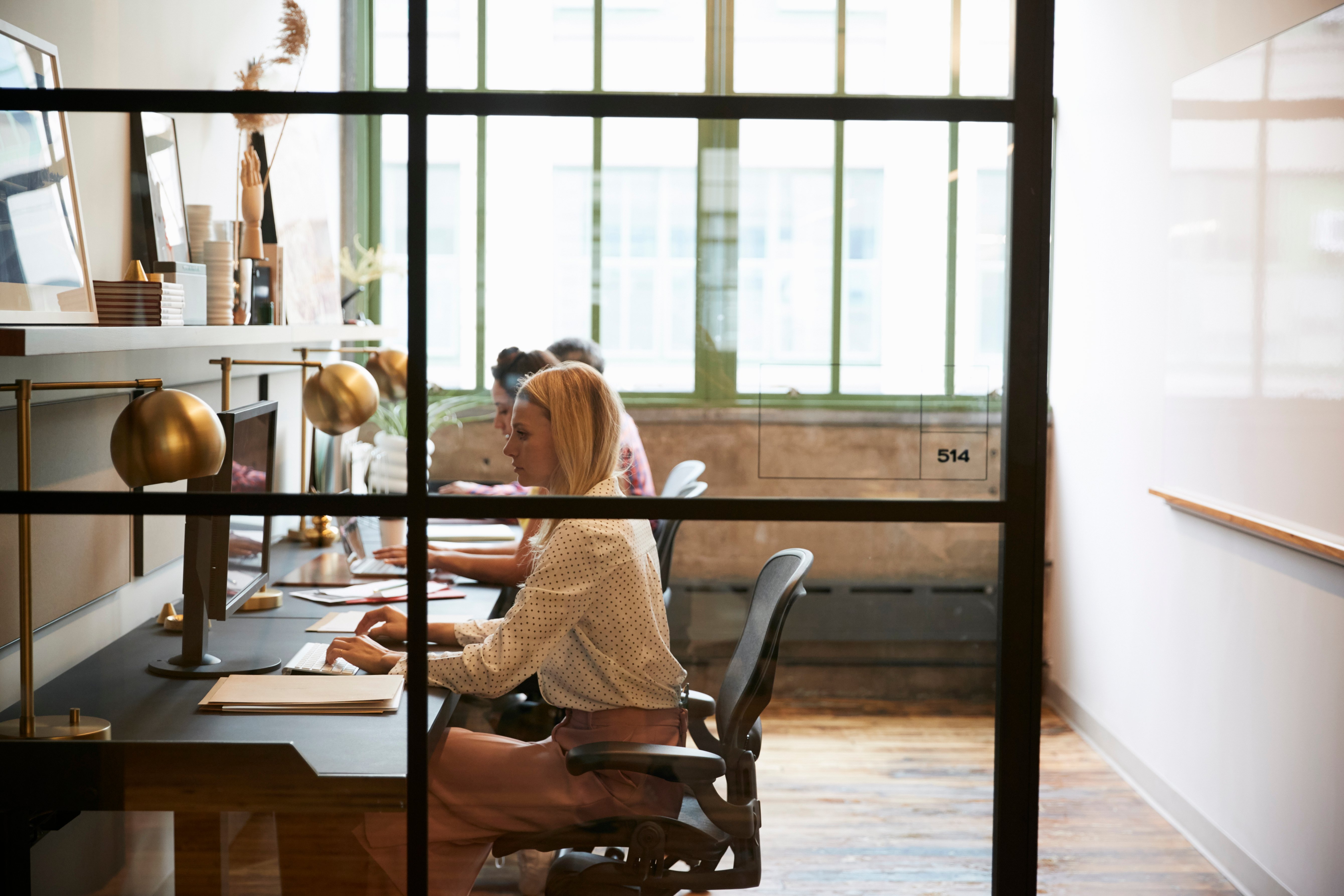 The Conference Group provides audio, web, and video conferencing solutions. They came to 97th Floor with a desire to better understand the experience of their website’s visitors, and the ease of journey for those visitors in becoming clients. Lacking the data to make quantifiable business decisions, they enlisted 97th Floor to pair data with consumer insights and reveal promising conversion opportunities. 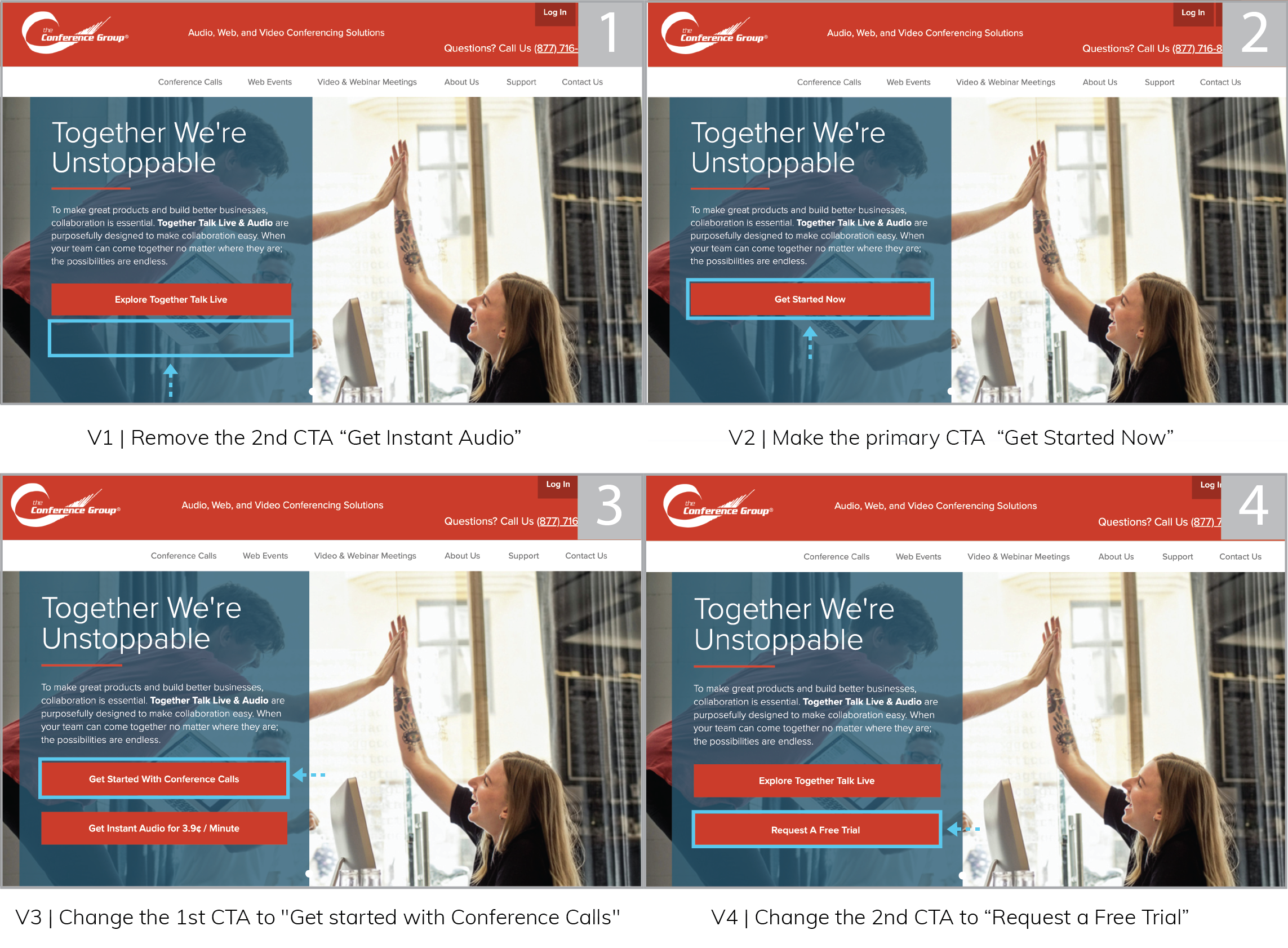 97th Floor resolved to implement a series of tests to uncover which improvements might see the greatest overall impact. A conversion rate optimization (CRO) test was chosen as the perfect tactic because the process of A/B testing would unveil what speaks best to The Conference Group’s specific customers. The Conference Group’s home page contained multiple primary calls-to-action, so 97th Floor started the process of A/B testing there. Our hypothesis was that by focusing user attention on a single primary call to action, conversion rates would increase. The different variants tested included:

In the process of running these tests, we paid careful attention to trends in the data, enabling us to pivot towards the strategies that were most effective. We began with a focus on one CTA vs two CTA’s, but also wanted to test CTA’s promoting top of funnel content vs lower funnel content. We learned that bottom of funnel verbiage paired with product pages led to the biggest increase in conversion rates. With this variation, more users viewed more product pages and signed up for more services.

V4 was the winning variation with a 95.8% increase in click through rates for visitors to create a new paid account and 25.6% increase in the number of visitors getting to the desired product page.

The information gathered through A/B testing gave The Conference Group data to optimize their visitors’ needs in a clear and measurable way, and help them succeed in their journey of becoming a customer.
See More Case Studies