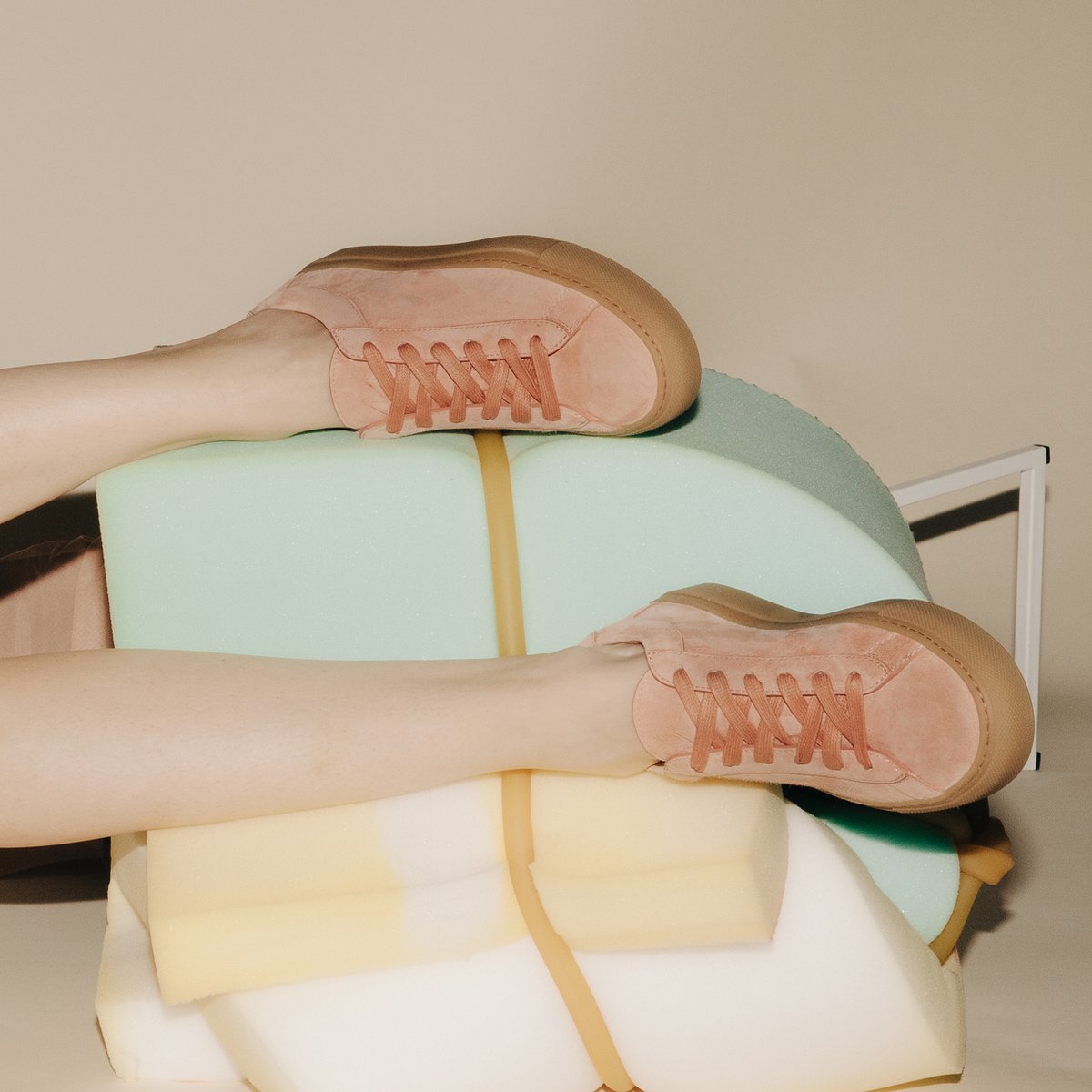 KOIO sells handcrafted Italian leather shoes. Although consistent traffic came to the product pages, only a low percentage of users added product to their carts. KOIO lacked the data to understand how to convert more site visitors into paying customers. 97th Floor recommended a conversion rate optimization (CRO) campaign to provide insights into what would help convert their potential customers into active, happy customers. 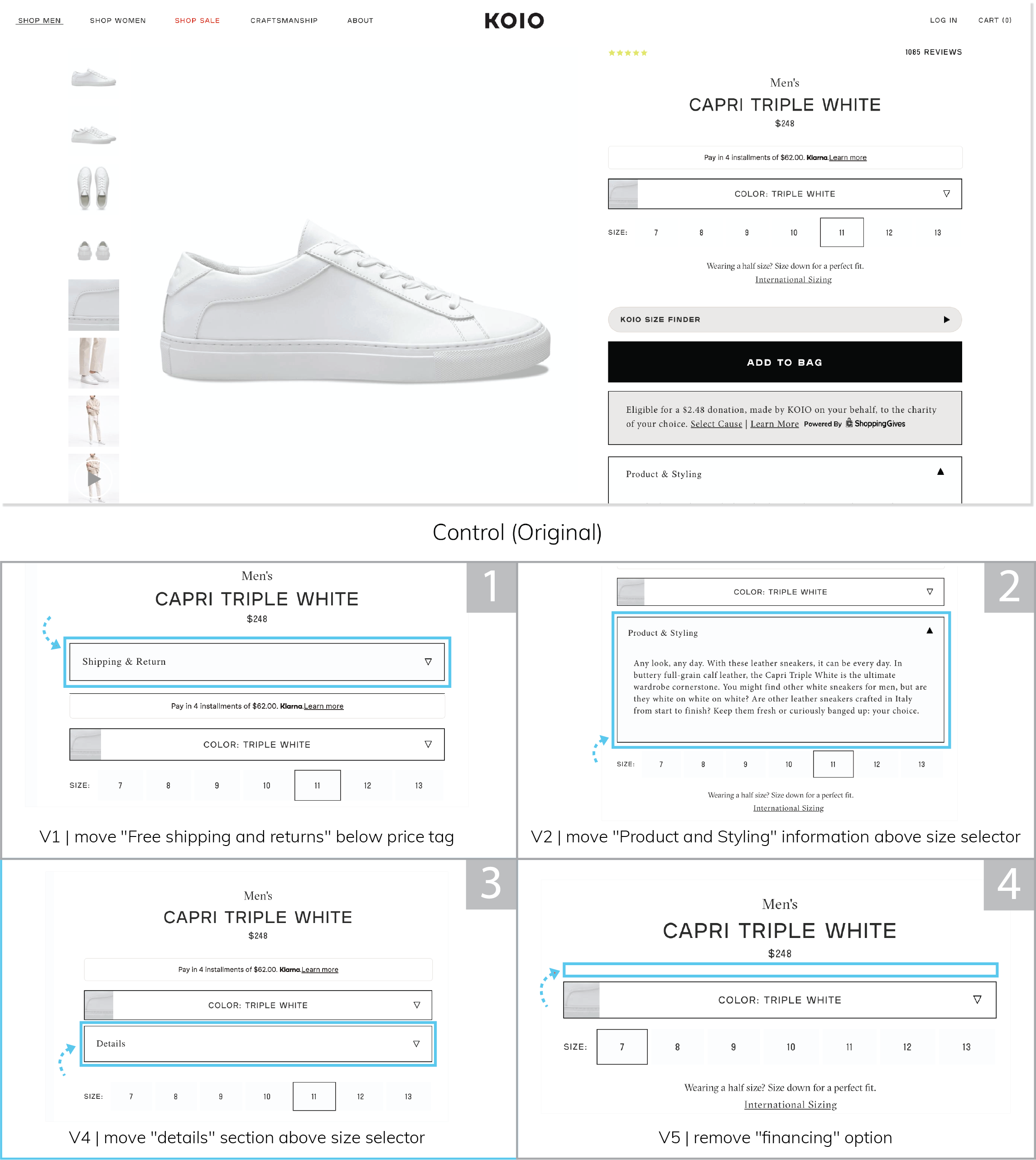 97th Floor designed a campaign to see which elements were most important and which were the most potent forces for conversion through a series of multivariate tests. We audited the KOIO website to understand their value propositions, CTAs, content, anxieties, diversions and mobile responsiveness. Using the findings from the audit, we made tactical hypotheses about what would improve conversion rates. We scored each hypothesis to help identify which one would be the best opportunity to start with, and then we placed them in a roadmap. We set an appropriate timeframe for running tests. To start with, we ran just two tests: one would test on desktop and the other on mobile. For these particular tests, we kept the content nearly identical, but altered the placement of different elements:

As these tests were running, we carefully monitored them to evaluate trends and pivot as needed. For example, one of the tested variants (making “free shipping and returns” float) quickly showed that the results wouldn’t be helpful, so that variant was stopped. We continued to monitor the other tests until they brought in statistically significant results.

Our CRO tests helped KOIO gain insights about their customers, what they value, and what improves their shopping experience. The four significant variants all had positive lift percentages on the desktop test. The highest increase was 28.5%. Having several high performing variants is an unusual occurrence in CRO as usually there is one variant that pulls ahead as the leader. We were delighted to see that in this case, every variant was a positive one.

Seeing four variants all perform so positively on desktop showed that KOIO customers really care about all of these value propositions, and those product pages should be organized to prioritize that information. Because of these higher conversion rates, KOIO experienced a 29% increase in revenue in just 18 days while the test was running. The top performing variant produced an increase of 52.53% during this same timeframe.

It’s also interesting to note that the mobile test did not have the same initial positive life percentages as the desktop one. A common misstep in any sort of multivariate testing is to run a desktop test, and apply the findings to both the desktop and mobile versions of the site. Fortunately 97th Floor tested the mobile and desktop experiences separately, allowing us to see distinctions in desktop and mobile behavior. KOIO was able to take this information and create a plan for a separate mobile-optimized site.

Most importantly, KOIO had a clear game plan based on solid data that they were able to use to maximize their revenue into the future.
See More Case Studies