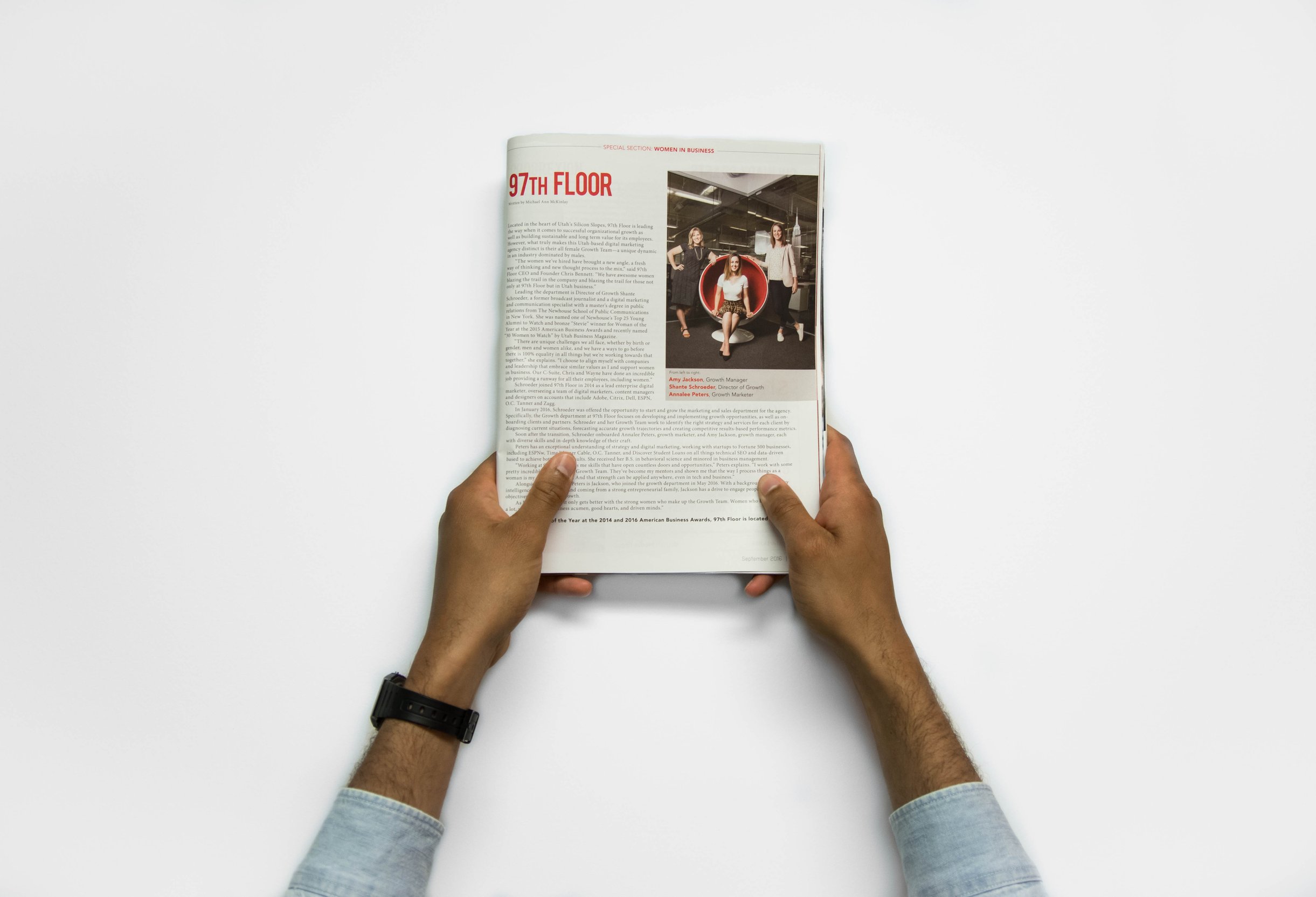 Elevating people and brands that we believe in.

97th Floor is an award-winning digital marketing agency. That’s the short version, but it just doesn’t tell the whole story. That’s because our company is defined by people, and our people are spectacular.

What we really are is a specialized, digitally-savvy collection of marketing specialists that understand the connection between content and customers. Working together, we help our clients achieve exceptional results by finding the most valuable opportunities, and executing each component at the highest level. We’re data driven. We’re tenacious. And we’re committed to pushing the forefront of digital marketing. 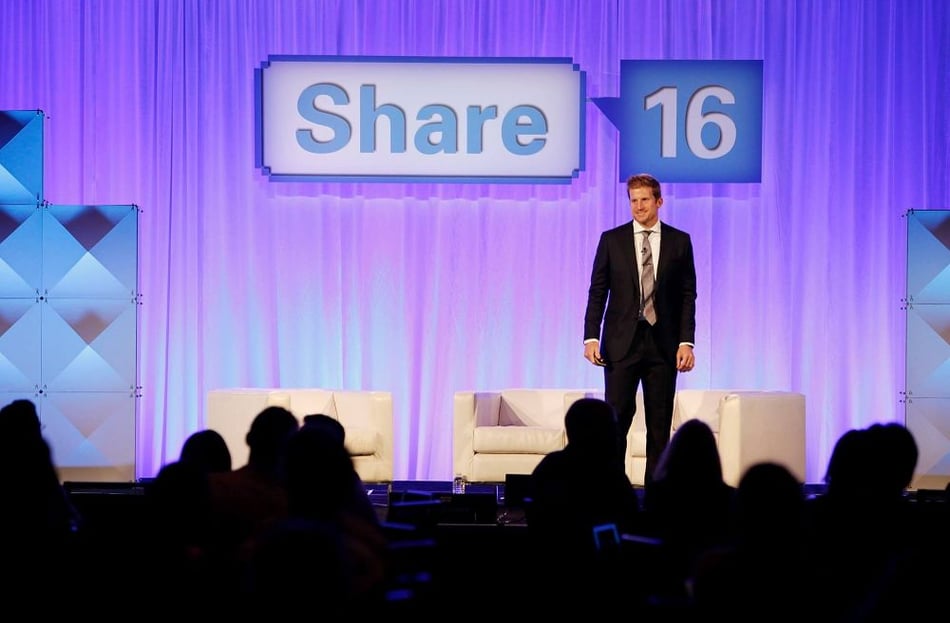 Is it cliché to brag about how our business got its start in a basement? Maybe, but that’s just how the story of 97th Floor begins.

Back in 2005, Chris Bennett felt that he had outgrown his job as an internet consultant. So he turned his talents towards the growing world of SEO. Chris knew that there was a lot of potential in helping small businesses improve their online visibility. So he set up shop — yes, in his basement — and got to work.

Chris wanted a name that suggested something more than just a one-man operation. He knew what his idea would grow into, and he wanted something that would invoke images of elevation and growth for his clients.

And so “97th Floor” was born — an ethical, above-board digital marketing firm dedicated to elevating brands we believe in.

From that small basement in Lehi, Utah, 97th Floor has grown into one of the most respected marketing agencies of its day. Now incorporating multiple teams made up of organic marketers, content marketers, graphic designers, and PPC specialists, 97th Floor offers businesses of all sizes the full range of digital marketing services. 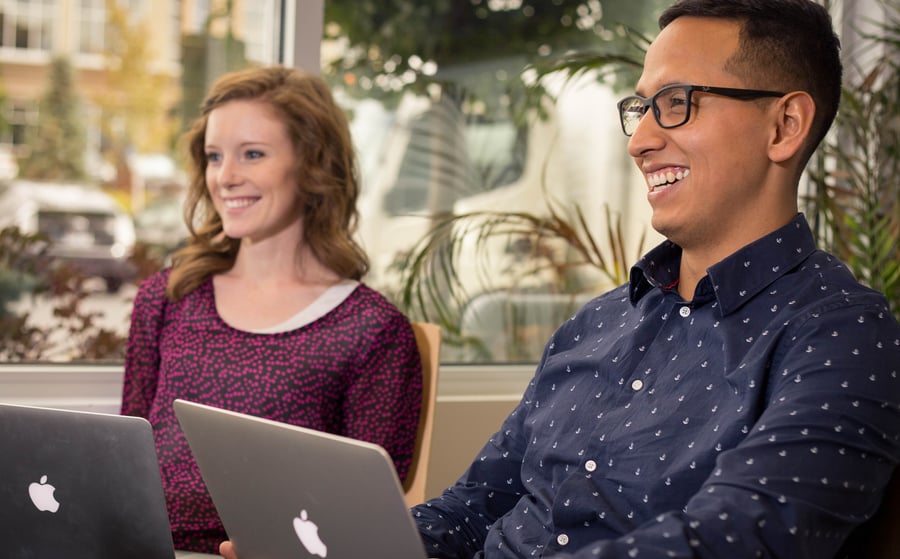 We never stop learning, testing and challenging ourselves.

At 97th Floor, we recognize that our culture is defined not by the inspirational quotes on our walls or the free sodas in the break room; it’s defined by our core values: Autonomy. Innovation. Optimism. Ownership. Selflessness. Tenacity. Kaizen (yeah, we could have said “ongoing improvement,” but we like Kaizen better).

We show these values in whom we hire. We look to these values to empower our teams. And as we grow and our culture expands, we know that our values will continue to guide in the right direction.

learn more about our culture

Giving revenue, resources and time to movements that matter.

As a company, we commit to Pledge 1% – of revenue, resources and time to movements and missions that matter. Inspired by Salesforce Chairman and CEO Marc Benioff, we took the pledge in 2015, and haven’t looked back since. 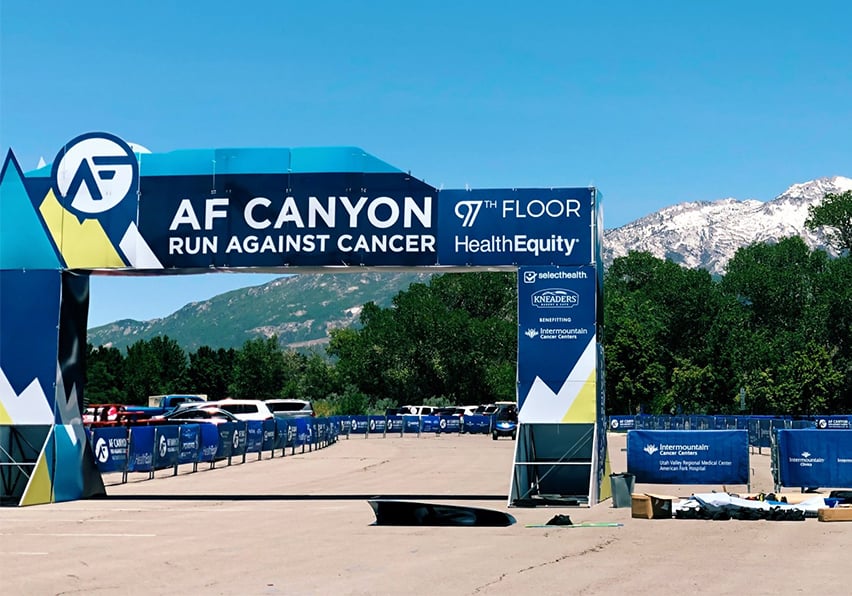 We can all agree that cancer sucks. That’s why, every year, 97th Floor sponsor’s the AF Canyon Run Against Cancer. The idea is simple: Racers run to raise money and awareness to fight cancer. Every dollar raised goes towards supporting local cancer patients — from covering medical bills, to transportation to and from appointments, to temporary housing for easier hospital access, and more.

97th Floor is proud to sponsor a cause that’s taking the fight to cancer. Many of our employees and clients participate in the race itself, or volunteer their time in support capacities. 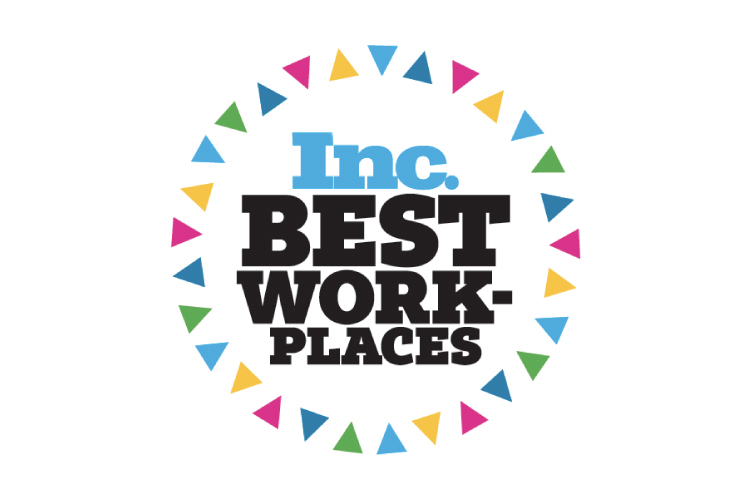 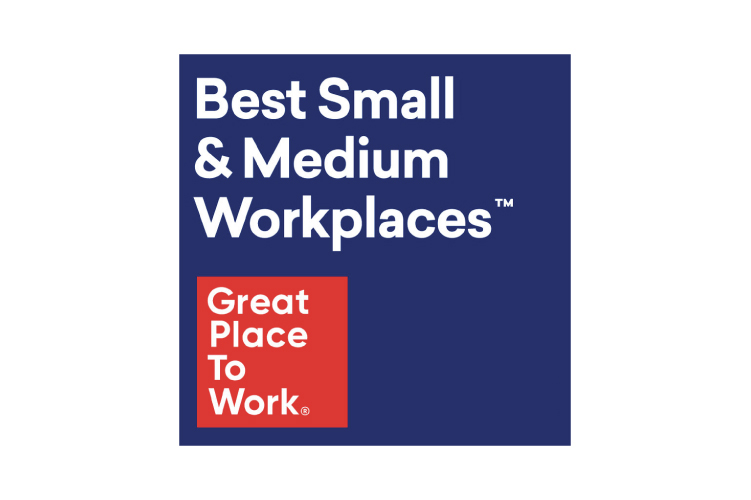 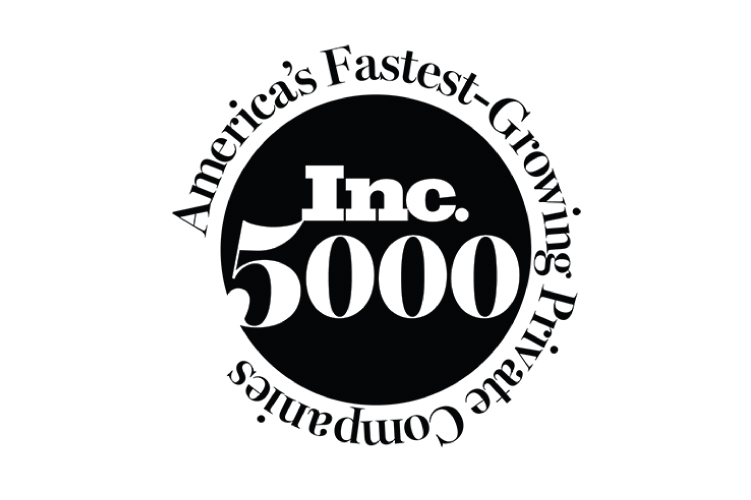 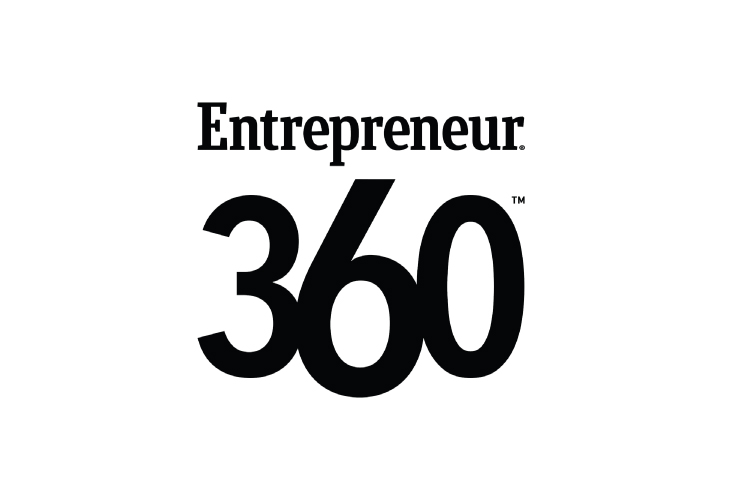 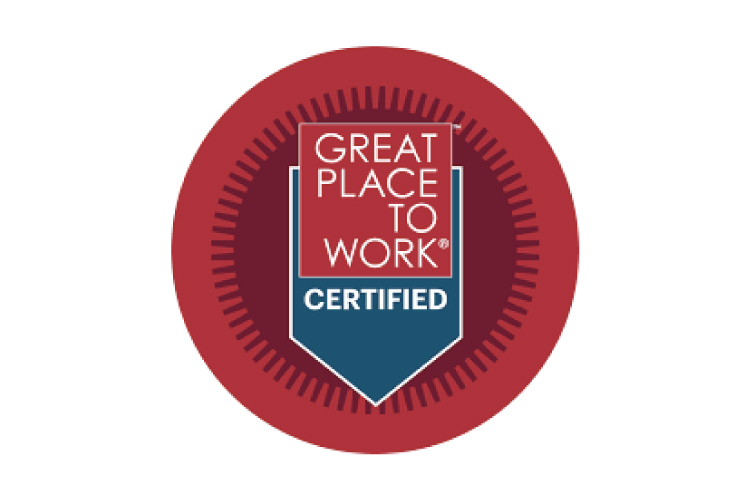 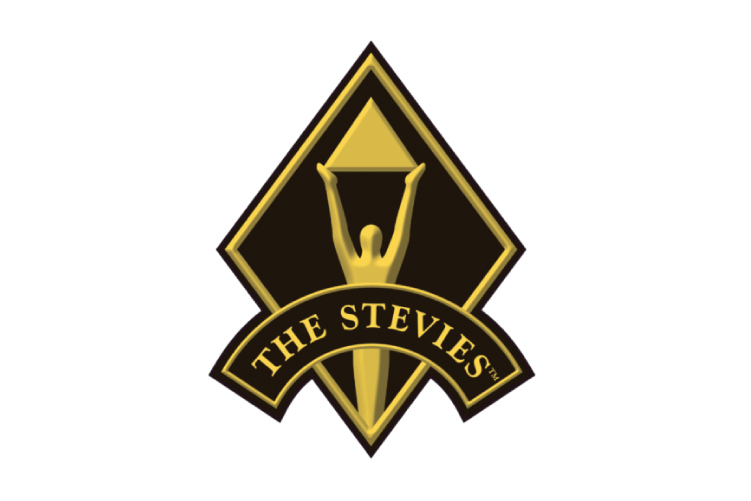 What do you get when you bring marketing experts and thought leaders together, and host them at the beautiful Montage Hotel in Deer Valley for a three-day conference dedicated to face-to-face learning and industry networking? 97th Floor’s Mastermind, that’s what. An annual tradition, Mastermind features workshops, sessions, and recreational activities to help participants start their year off right.
watch the 2019 keynotes 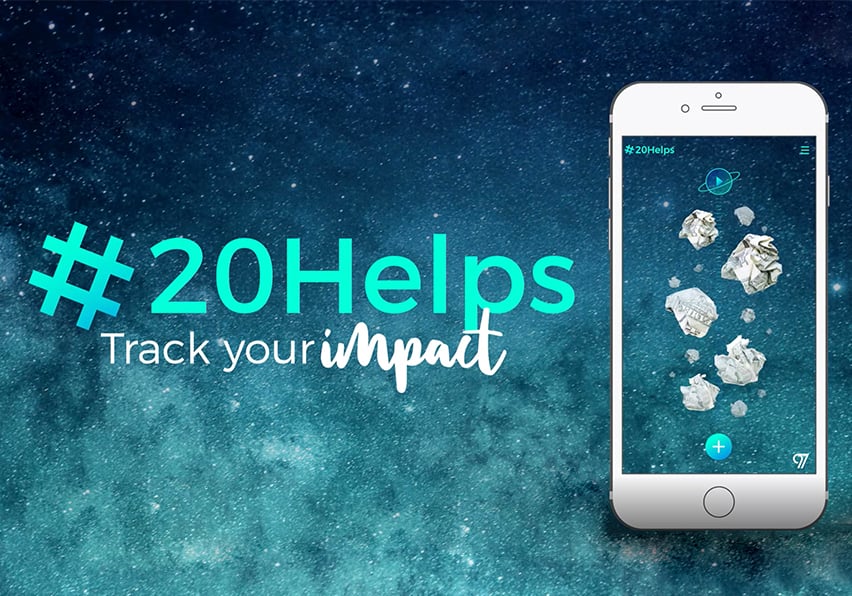 20 dollars. It might not seem like much, but at the right time and in the right place, 20 dollars can make a real difference. That’s why every holiday season, 97th Floor sets to work on our annual #20Helps campaign. The idea is simple: Set aside 20 dollars, and give it to someone who needs it. And whether that takes the form of a large meal, a tank of gas, of just a better than average tip, the positive impact will go beyond just the money itself. #20Helps also has a companion app (available on the App Store and Google Play), so you can track your 20 dollar bill as it continues to pay it forward. 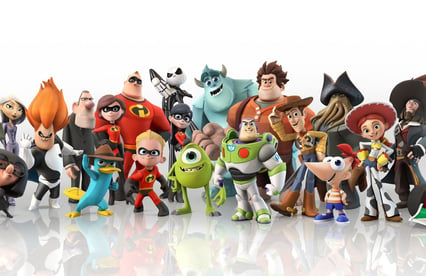 Jon Negroni wrote a fascinating blog post that he titled "The Pixar Theory". His post, which connected all of the Pixar movies into the same universe, went viral. In typical 97th Floor fashion, we saw something interesting, and spun it into a fun interactive campaign which resulted in millions of visits and more exposure for 97th Floor.