It’s no secret that conversion rate optimization (CRO), is an essential part of business strategy in this digital age. No matter your business model, your online presence is imperative to your success.

Marketers have known this for decades. But optimizing a site for the customer’s journey can’t just be intuited out of thin air. Every action a potential customer makes on the website is a part of their personal journey, and small changes can make a big difference when looking at the site holistically. The ease of a customer’s journey is essential in turning potential customers into active, happy customers.

CRO is the process of removing barriers to conversion, enticing action, and creating an overall positive page experience for your customers.

It’s easy to think there’s some kind of “magic bullet” when it comes to CRO-- a tried and true formula that produces immediate results for every industry and website. Unfortunately, there’s not. Instead, the true secret to CRO is knowing what to test and how to test it. You need intuition to know what to test, but sometimes the results of those tests will surprise you.

CRO testing is a quantifiable way to discover what is truly working on your site and what is not. It will save you money in the long term, with the potential to increase your revenue in the short term. Plus, you’ll learn things about your customers that you never imagined.

KOIO sells handcrafted Italian leather shoes. Their boots had hit a wall: they had consistent traffic viewing their product pages, however these users rarely added products to their cart. They were unsure what they could do to turn more visitors into customers, so they came to 97th Floor with the goal of capturing more users who were bouncing from their pages.

97th Floor knew KOIO’s situation and recommended a CRO campaign to provide actionable insight as to what site changes would produce the most dramatic results. They are a B2C business whose primary customer is a luxury audience willing to purchase products at a high price point. As a result of the average product price, revenue increases were closely tied to higher conversion rates. This made CRO an incredibly effective strategy in achieving their goals.

Another site variation we were especially interested in was understanding the behaviors of their mobile and desktop users. Nearly 70% of users on KOIO’s site are on mobile devices, so we wanted to know: how effective was KOIO’s site for mobile users?

Using the findings from the audit, we made tactical hypotheses about what changes would best improve conversion rates. Then we designed a campaign to test which elements were the most potent forces for conversion.

Based on the specific situation and KOIO’s unique goals, we recommended multivariate testing-- a type of CRO in which several different variations are tested simultaneously and data is collected about each variation’s effectiveness.

Hypothesis: In order to optimize the testing process, we gave each of our hypotheses a score based on which ones we expected to perform the best. We thought about user experience, and the messaging they were exposed to on the product level. Then we scored them as to how likely the change was to increase the likelihood of sales. After our ranking evaluation, we placed each hypothesis on a priority road map to be sure that the majority of our resources focused on testing the highest potential variations. 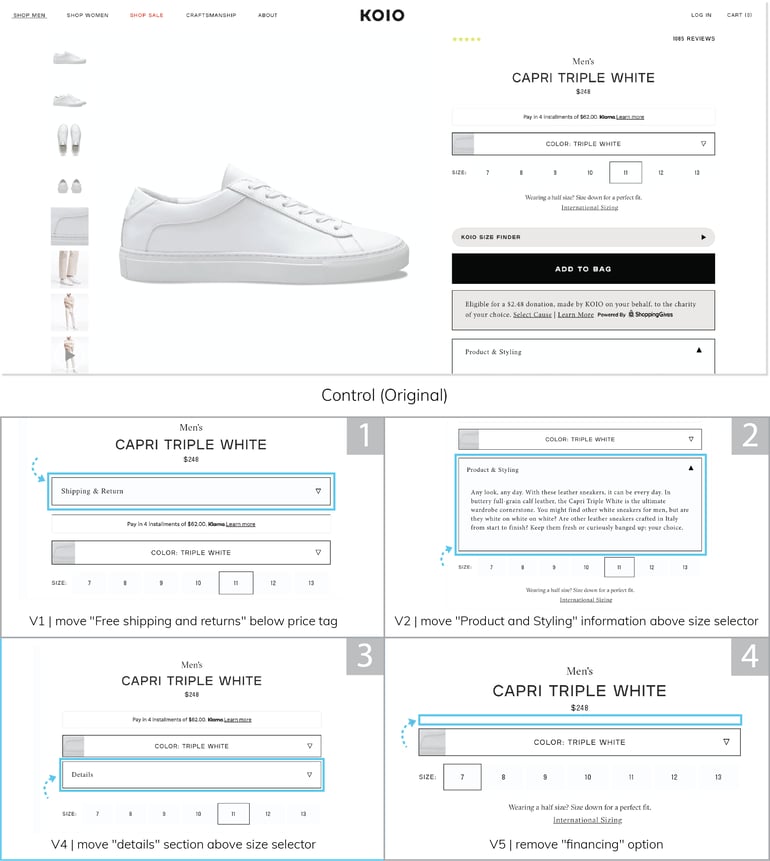 Tests: After we’d formed our strategy, it was time to start testing. In order to be most efficient with our client’s budget, we set an appropriate timeframe for running tests, and determined to only continue running the tests that showed significant improvements. More traffic means faster results, and because our previous SEO strategy was already bringing in the traffic we needed, the results came quickly. For this test, getting significant results took about two weeks.

In addition, we ran two separate tests: one on the desktop site, and the other on mobile. For both tests, we kept the content nearly identical, but altered the placement of different elements as outlined above-- more on the importance of this strategy later.

As these tests were running, we monitored the results to evaluate trends and pivot as needed. For example, one of the tested variants (making “free shipping and returns” float) quickly showed that the results wouldn’t be helpful, so that variant was stopped.

Once the tests were in place, the results began rolling in.

If you remember, we started with five hypotheses and dropped one (that was clearly showing negative results). The four test variants that continued all resulted in positive lift percentages on the desktop test. The highest of these increases was a jaw-dropping 28.5%. Now, let’s emphasize that having several high performing variants is an unusual occurrence in CRO. Usually one variant pulls ahead as the clear leader. We were delighted to see that in this case, every variant was a positive one. This is a good reason to run multiple tests, so you get a clear picture of what is possible, rather than running the risk of missing something in testing a single hypothesis.

The highest individual increase was a 52% revenue increase for the variant in which we removed the financing option. This particular variant also brought us new information about KOIO’s customers-- their luxury audience did not respond as well to the product when asked if they’d like to choose a financing option. This is a valuable insight into how their customers want to be addressed and treated. However, if we had not run these tests it would have been easy to overlook a small detail like this, without which we would have lost both the 52% increase, and the valuable insight into our customer’s desires.

KOIO also gained valuable insight into their customers’ mobile experience as a result of CRO testing. A common misstep in any sort of multivariate testing is to run a desktop test, and blanket apply the findings to both the desktop and mobile versions of the site. Fortunately, 97th Floor knew better. We tested the mobile and desktop experiences separately, allowing us to see distinctions in desktop and mobile behavior. Our client was then able to take this information and create a plan for a separate mobile-optimized site.

With this information, we organized the product pages to better serve the customers, and the rest is history.

The total result for all of the variants combined was a 29% increase in revenue in 18 days. Those kinds of growth numbers are worth stopping for: CRO is no joke. Because of these higher conversion rates, our client experienced more than a quarter jump in sales and the bounce rate dropped significantly. Most importantly, KOIO now has a clear game plan based on solid data that they will use to maximize their revenue into the future.

Tie Up Your Laces

KOIO is now bringing in more revenue than ever, because of the simple steps they took with us to optimize their site for their customers.

CRO has the potential to provide businesses with actionable insights that make a real impact — but it must be done right. Testing backs up intuition, and the two make an unstoppable CRO pair. 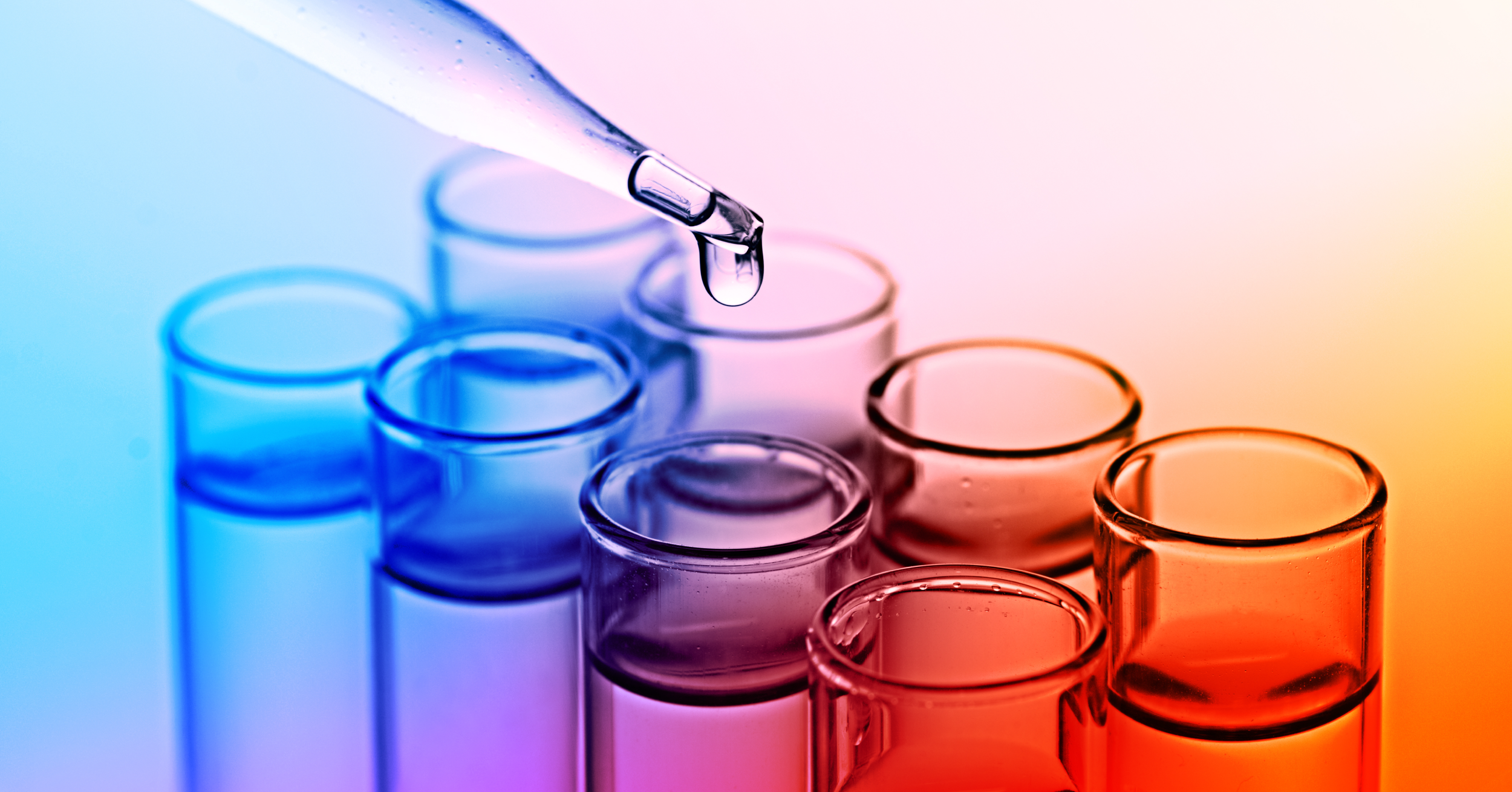 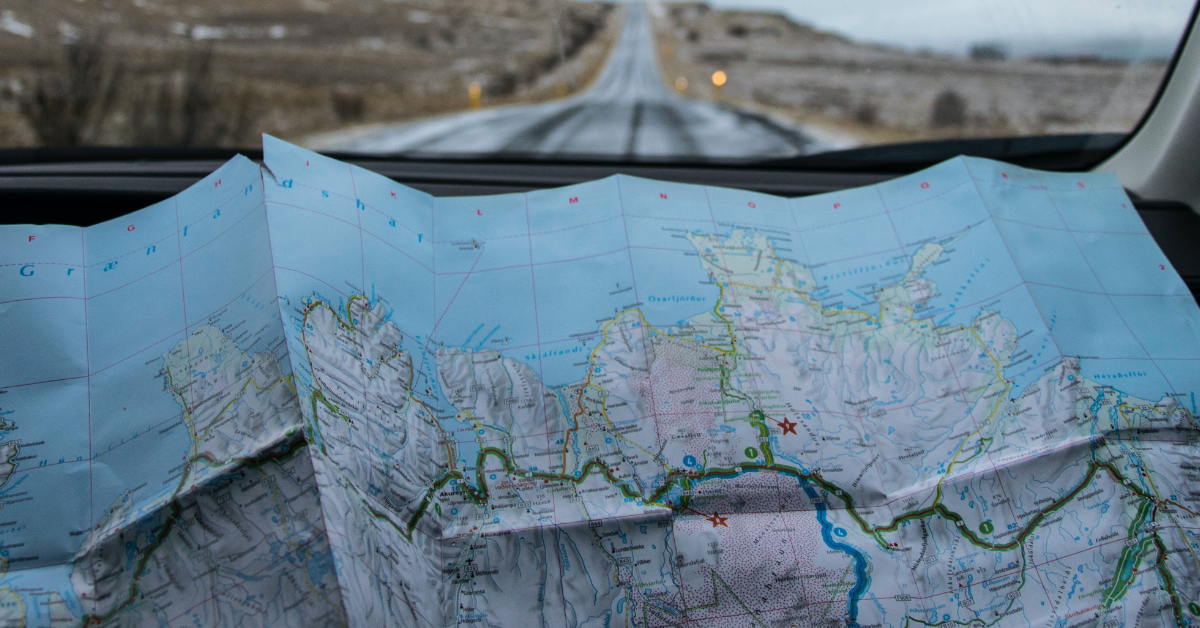 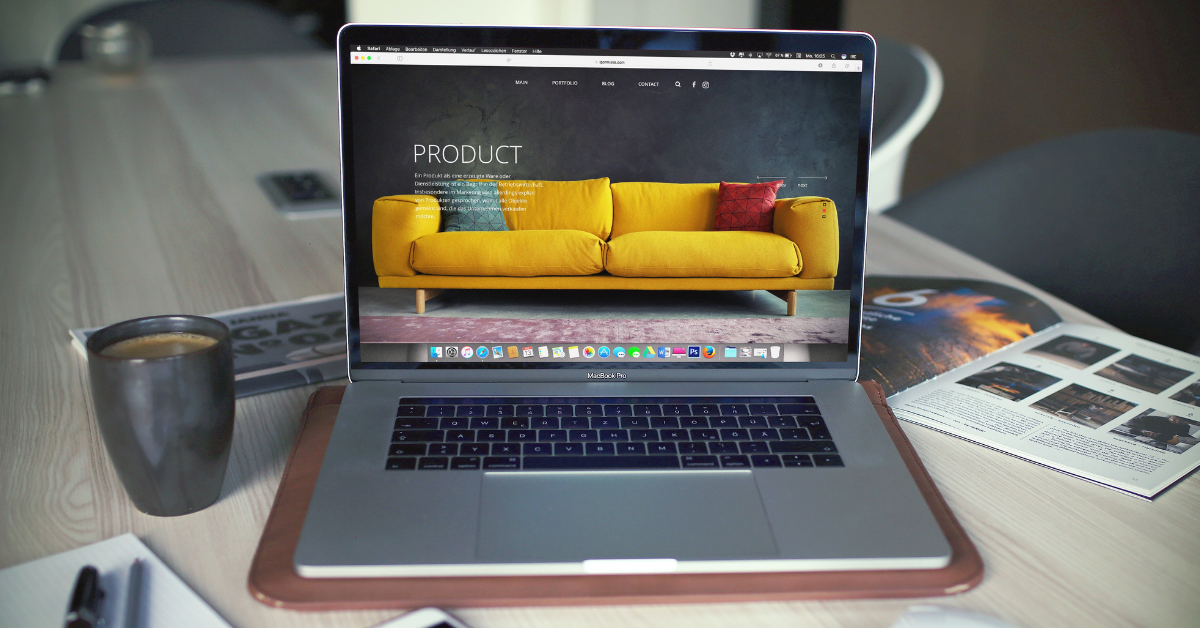 Haven't you had enough uncertainty in 2020? CRO can fix that.