We’re at the home stretch of 2020, and as much as we’d like to live these last few weeks in comfort, Google had other plans for SEOs. Say happy holidays to the December 2020 Core Update.

Later today, we are releasing a broad core algorithm update, as we do several times per year. It is called the December 2020 Core Update. Our guidance about such updates remains as we've covered before. Please see this blog post for more about that:https://t.co/e5ZQUAlt0G

It seems like awkward timing. However it’s better than it happening one week earlier, possibly disrupting Black Friday and Cyber Monday online sales. So I suppose there was some level of kindness baked into this release.

The update appears to have begun rolling out on 1pm ET December 3rd (about two and a half hours after Google’s announcement), but it’s likely we’ll see the rollout affecting SERPs for the next week or two, as is typical with these core algorithm updates from Google. However many online, and within 97th Floor's clients have seen fluctuations happening earlier this week, possibly indicating a soft rollout earlier than the official announcement.

Here are the early trends

Granted it’s been only 24 hours since the results started rolling in, but even still, there are some trends to make note of.

First and foremost, E-A-T (expertise, authority, and trust) has come out as a prevailing set of metrics that determine a positive outcome for sites during this unforeseen update. It’s worth taking a second to remember the May 2020 Core Update, which was a larger than average update, negatively affecting many sites that were not prioritizing E-A-T. It seems that authoritative backlink profiles are a major factor, as they were in the May update.

When reading between the lines on all the forms online concerning the update, it’s possible to infer that many old-school (AKA blatant black-hat) SEOs are feeling the burn of decreased rankings and traffic right now. Much of the May 2020 Core Update also systematically penalized these kinds of sites as well, and it seems that sites that continued to avoid holistic SEO fixes are feeling the heat today.

Ever since the infamous Medic Update of August 2018, many are looking for specific industries hit by these updates, which hasn’t been the case in the same severe way the Medic update was. However, the auto industry seems to be taking more than its share of shake ups today. I would also note that legal sites (and heavily regulated industries in general) are seeing fluctuations.

A good place to start

As helpful as it is to hear Google say, “Our guidance about such updates remains as we’ve covered before,” I want to provide more specifics.

First and foremost, make E-A-T a priority for your site in every aspect, especially link acquisition. A number of big brands are gaining valuable ground on their SERPs, which in itself is very insightful. However, when looking at these brand’s backlink profiles, we’re seeing big link wins in the past 6 months. Double down on real link-building, the kind that passes authority, is indexed, and respected by Google. This can be done by leaning on things like guest post link building and branded link mention reclamation campaigns

Make sure you are accurately documenting your site's success or failure during this update. This update is terribly hard to diagnose with recent traffic, given that last week was a major holiday in the US. So when looking at your position, trust keyword positions over traffic for the time being.

As always, be sure to report this information to your team members and managers with a link and some screenshots from your own ranking and traffic numbers. Explain what E-A-T is and then devise an action plan of what E-A-T means for your site and brand, it will likely involve better content and links.

Reach out to me on Twitter @Joe_Robledo_ with any questions or updates. 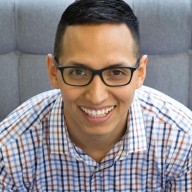