Barbara Walters said it best: Taylor Swift is the music industry. However, in celebrating the greatness of her artistry, we often forget to give her praise for her marketing intelligence, business acumen, and pure hard work. Work that placed her on Forbes’ 2021 list of America’s self-made women with an estimated net worth of $550 million.

What goes into it? She’s a business giant, there’s no doubt, but when you compare her to many of her peers, she doesn’t have many of the side hustles that you come to expect from the modern pop star. Take a glance at Forbes’ list of highest-paid musicians and you’ll find that most of them make the majority of their money through non-musical means — clothing lines, shoe deals, perfumes, movie and television show production credits, even streaming services and headphones. By comparison — and it might seem weird to say it — Taylor’s business ventures are relatively humble. And most of it comes back to, you guessed it, content marketing.

She built her brand from scratch — and she did it herself

Taylor Swift is a powerful brand, and she is incredibly careful with how and where she uses her name. Corporate endorsements include Keds, Diet Coke, CoverGirl, Capital One, and Apple. But this brand didn’t just appear out of nowhere. Ask someone in 2005 who Taylor Swift was and they would likely give you some answer about semi-trucks. How she built this brand is a case study in content marketing itself.

Any customer-focused marketing strategy today is bound to include social media in some shape or form. But in 2005 it was all but unheard of. An early adopter of social media, Taylor Swift started a MySpace blog that would run for years, where she provided content for her growing fanbase that they couldn’t get anywhere else.

This early approach to personalized marketing would set the tone for the rest of her career. The growing star would not only post intimate blogs that gave unique insider insights to her followers, but she would also engage with them and encouraged the growth of a community both inside and outside of the platform. In her acceptance speech for a CMT music award for Breakthrough Artist of the Year in 2008, Taylor dedicated it to her special club: “This is for my Myspace people and everybody who voted.” At this point, she had accumulated more than 650,000 “friends” on the platform, but each one of them could have felt she was talking directly to them.

Meeting fans where they are is something that Taylor herself has talked about. In an interview with BBC Radio 1, she mentioned the persistence required at the beginning of her career when it came to convincing her label and management that she needed to engage and use the internet — a strategy that paid off in the form of millions of streams of her music. She also talked of the importance of adapting to changing times. And time and again she’s done exactly that.

Join our newsletter and never miss a beat.

She meets fans where they are, and speaks their language

“You just never know what’s gonna happen...every new album release is different because there’s always a new platform, there’s always a new...way to have people experience your music. I just find it interesting, I’m not gonna sit here and ever be the person that’s like ‘it was only good the way it was when I started’...I like the fact that people can experience music in whatever way fits their life.”

Taylor Swift is on TikTok. A seemingly insignificant fact on the surface, but a single glance at Ahrefs’ content explorer shows just how big of a deal it was.

Witness the volume of shared and linked-to content featuring the words “Taylor Swift TikTok” on August 23rd, the day Taylor posted her first TikTok video (a search that yielded over 400 results), and consider that the dress that she was wearing sold out in minutes.

While it is not surprising for a public figure to join a social platform that boasts hundreds of millions of active users, it is yet more proof of Swift’s smart marketing acumen. Her fans are on TikTok, and so Taylor Swift is on TikTok.

And for Taylor Swift, meeting fans where they are involves more than just being on a platform. Rather than falling into the trap of hiring a team to cross-post the same content on every platform, Taylor...well, tailors her content specifically to the audience on each one — and continues to add a level of authenticity carried over from her MySpace days.

This isn’t the first time she has done this, either — moving from MySpace to the likes of Twitter, Tumblr, Instagram, and now TikTok — Taylor continues to meet her fans where they are, and speak their language.

However, to reduce Taylor Swift’s content marketing brilliance down to social media would be doing a disservice. In fact, look at how she has used Twitter in recent years — a platform where engagement thrives off of large amounts of content: 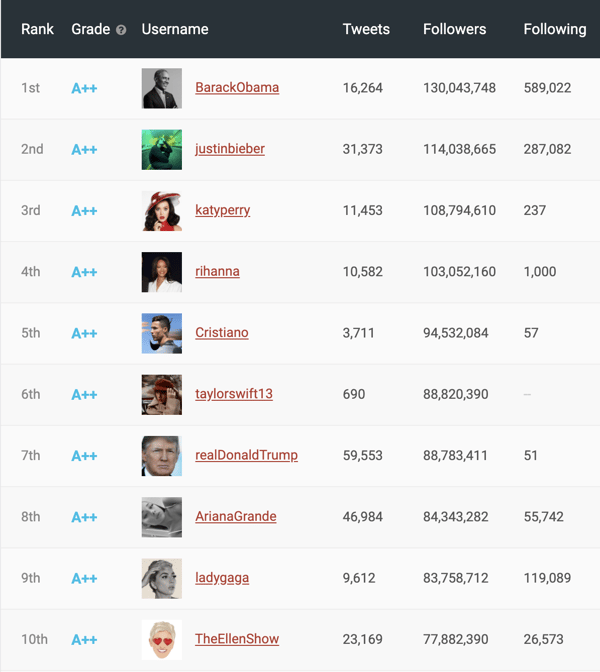 According to SocialBlade’s record of the top 10 most followed users on Twitter, Taylor maintains an A++ engagement grade, despite a mere fraction of the tweets and despite following no one. How does she accomplish it? Well, it would be easy to say that once you have more than 88 million followers, engagement is pretty much a given. But one glance at her followers tells you that they are continuing to grow daily.

The Taylor Swift brand is thriving, and doesn’t look like slowing any time soon. So much so, that her presence continues to grow even on platforms like Twitter where she is not spending much time. Given, she did spend years building up a Twitter following, and still has a team tweeting regularly through her more corporate account; but to maintain such a prominent place at the top of the Twitter hierarchy indicates a great deal of lasting power and influence. How has she accomplished it?

In case you haven’t figured it out by now: Taylor Swift is the world’s best content marketer. Why? Because she produces some dang good content.

Whether you are a fan of her music or not, the proof of her songwriting caliber is evident in both her critical and commercial acclaim. She is the most awarded artist in AMAs history and is tied with only four other performers for the most Album of the Year Grammy Awards with four. She has also part of an elite group that has sold over 200 million albums, and just recently became the only artist to log 7 albums simultaneously in the Rolling Stone 200 a total of 20 times.

When your content is good, it can have the ability to promote itself. But Taylor Swift — being the world’s greatest content marketer — doesn’t rest on her laurels. And her promotion of her music is second to none. Taylor Swift’s album promotion cycles have been well documented over the years, from lucrative partnerships to exclusive merch deals and even secret listening parties at her own homes.

Yet even when 2020 hit and Taylor released a surprise album in a time of social distancing and isolation, her promotion remained top notch. Taylor’s key collaborator Aaron Dessner has described how her record label was only notified of the album’s existence mere hours before it was released. A true last-minute drop, she could easily be forgiven for forgoing promotion altogether. What we experienced instead was a masterclass in quick strategy. As soon as the announcement was made, her store was equipped with digital and physical copies of the album, available for pre-order — including 8 different versions of the vinyl copy, encouraging fans to collect them all.

Knowing when and where to ramp up promotion is a key skill, and it’s one that Taylor has mastered over the years. We have already discussed her social media prowess, and it’s no coincidence that Taylor’s fan engagement and the frequency of her social posts both increase around the time of a big announcement or new album release. She got to work liking and engaging with her excited followers’ posts, and a number of branded hashtags were also ready to go on Twitter.

The online store was also stocked, with new items cycled in and out as new songs were released. Taylor Swift is a master of employing the marketing tactic of scarcity — bonus songs are available only on physical albums, Target exclusives provide the opportunity to get a unique copy of each album, and fans well know that merch will only be available for a limited time before being replaced with something new.

For some, these kinds of techniques could seem like cash grabs and have the opposite effect to the one intended. But for Taylor, it comes across as added value to her vast fanbase. In short, all of this works because of the place where we started: Taylor Swift knows her audience. Back in 2014, on the release of 1989, she stated:

“I think that what we need to start doing is catering our release plans to our own career, to our own fans, and really get in tune with them. I've been on the internet for hours every single night figuring out what these people want from me. And when it came time to put out an album, I knew exactly what to do.”

In that instance, adding unique polaroids to physical albums was a way to connect with fans, and we have seen this process echoed time and again to this day. At the time of writing, Taylor is busy releasing new recordings of her past albums. And once again, she is exceeding expectations by promoting each one as though it’s brand new. This includes:

The albums also include a number of fresh tracks “From the Vault” including ones that have deep roots in fandom lore. By the time each album is released, you could be forgiven for forgetting that half of it has technically been heard before. Fearless (Taylor’s Version) shot to number one in just about every chart, and smashed a number of records in the process.

By traditional standards, she should be slowing down any day now. But Taylor Swift is not losing relevancy any time soon. Still in competition with the younger generation, while also establishing herself as a mainstay in the musical icon conversation, Taylor Swift has built the kind of legacy and staying power that any global brand dreams of — and many would do well to pay more attention to how she does it. 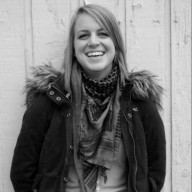 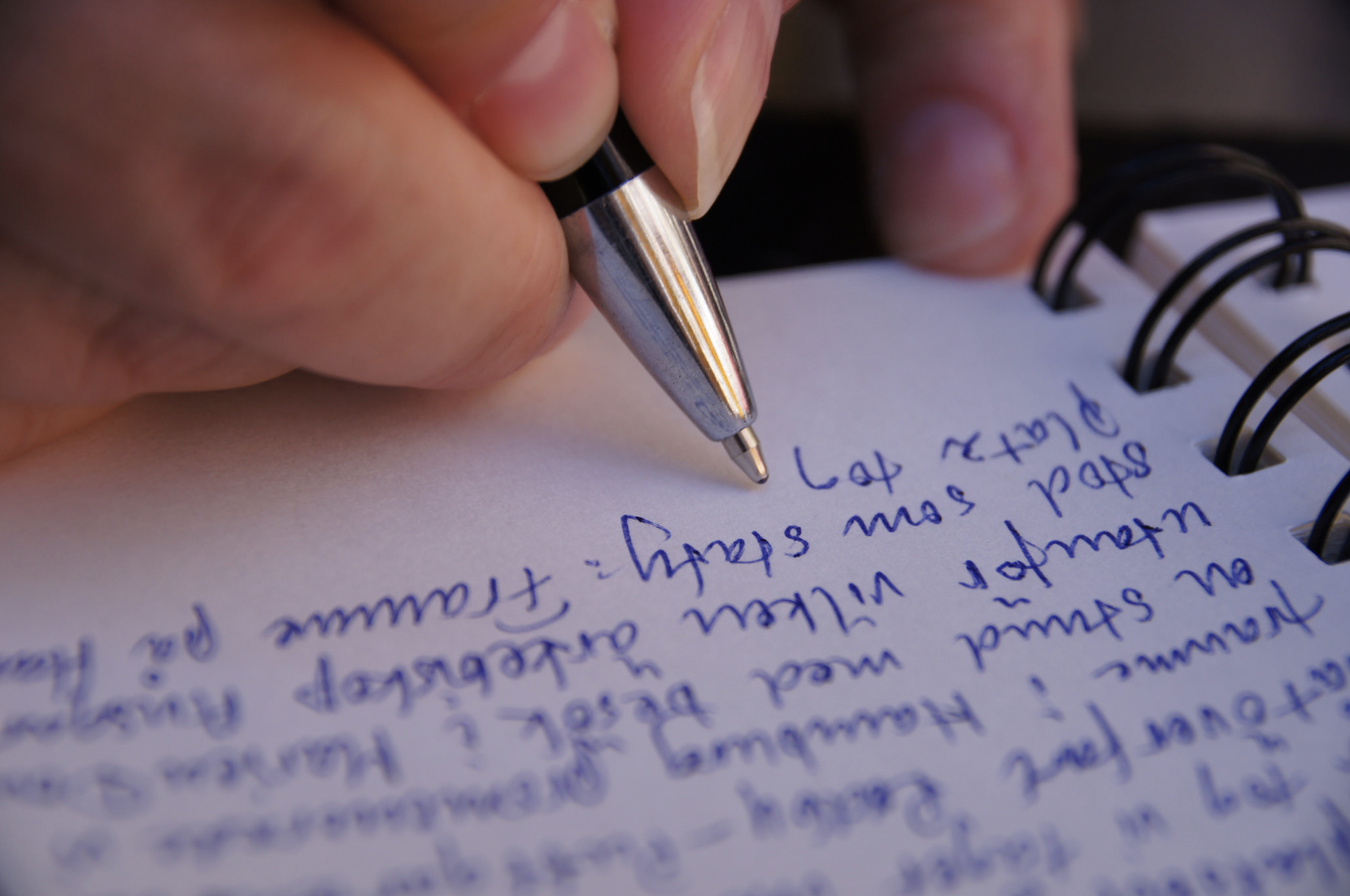